The Basics of Learning Card Tricks 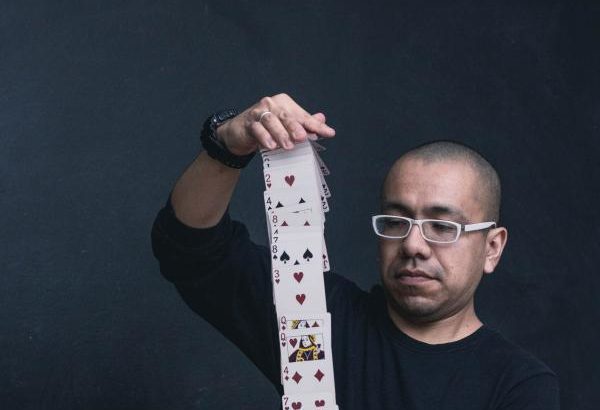 Though magic tricks always can be explained with some simple rationale, most of them still amazes me. Years ago, at the Pennsylvania Renaissance Faire, I was pulled up onto the stage by a magician. He somehow seemed to think that my best friend and I would be perfect at demonstrating his new card trick that he’d just learned. Not enjoying being the center of attention, I was not too thrilled to be standing on his stage. But, after I was completely bewildered by his new card tricks, I was happy that I was up close and personal to experience it. He gave my friend and I each four cards. We were instructed to put them in our back pockets. Then, he made a whole deal of reciting some strange ritual and claiming that he was going to move two of her cards into my pocket. I had no idea how that would even be remotely possible. Besides, if anyone was sticking their hands into our pockets, people in the audience would surely witness it. However, when we pulled the cards back out of our pockets, the card trick had worked! I was amazed and incredibly impressed.

Ever since then, card tricks have captured my attention more so than any other form of magic acts. Some tricks can be easily figured out and yet others seem to simply be unexplainable. Online and in stores, you can buy the cheap little magic and card tricks and learn to impress your friends. While you can learn some neat card tricks, it takes practice and a developed talent to be able to win over your audience and captivate them. If you have a goal of being a magician and performing shows, you may want to get a mentor. But, if the idea of simply performing card tricks and impressing your family and friends, there are some great card tricks that you can learn on your own.

There are lots of magic stores that you can find online that will sell kits for being able to learn and perform card tricks. Usually, they are reasonably priced. In fact, you can find some online auctions as well. The absolute best thing to watch is a child who is trying to learn card tricks. They’ll struggle and mess them up and you have to watch them over and over again while pretending to be impressed. Eventually, they just might grasp the concept of how to perform card tricks and they will move on to something more challenging. Until then, I’ll keep going to magic shows hoping that someday, I’ll figure out exactly how that famous card trick actually worked.